There’s an annual challenge called “National Solo Album Month” that challenges musicians to compose and release a solo album in the month off November. It’s based off of NaNoWriMo, “National Novel Writing Month”. An album is defined as having 29:09 of content (because that’s the shortest album released by a label that they have found).

I did the challenge this month and released my album, “Daily Routine” on Bandcamp. You can listen to it at https://irwink.bandcamp.com/releases!

The album itself is an improvisational album of techno and house beats that focuses on groovy rhythmic patterns, evolving musical textures, and minimal melodies. If you like that kind of stuff, check it out.

How did I make this album?

The album was composed using hardware synthesizers. I primarily used my Eurorack modular synthesizer, a Roland TR-8s drum machine, an Elektron Octatrack performance sampler, and an Elektron Analog Four multitimbral analog synthesizer. I also played melodies on the Linnstrument. For most of the songs, I composed a bassline, some backing tracks, and the drums, and then played them on the sequencer while adding lead melodies with Linnstrument playing a part of the Analog Four. Most of the songs are improvised, so they’re a little unstructured but are meant to convey a mood consistently through the whole song. 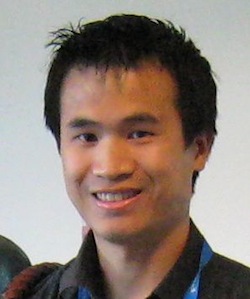 User experience researcher at the Mathworks, where I examine how developers write, test, and deploy engineering and scientific computing programs that target various platforms.

I compose music on the computer using synthesizers.